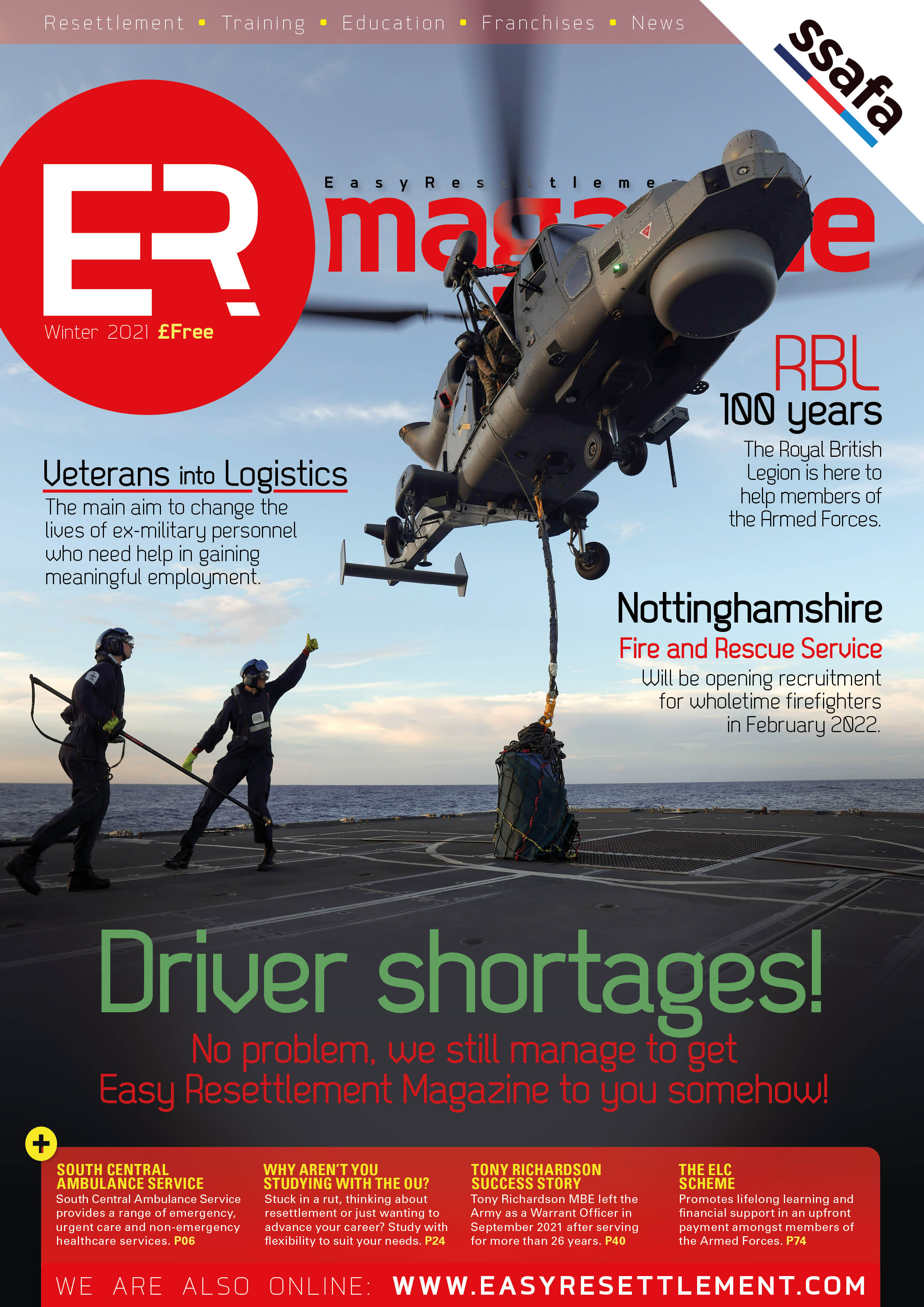 Careers beyond the frontline

Global talent solutions specialist, Morson Group, has launched a dedicated recruitment arm that is completely focused on securing skilled employment for ex-forces personnel and supporting the transition into civilian life.

The Morson Group has been supporting the British military for more than 20 years, with its dedicated Morson Forces team comprising a number of ex-military personnel that possess a combined 70+ years’ forces experience. Collectively, they have successfully placed thousands of ex-Forces personnel into roles that are perfectly-suited for these skillsets, with employers that seek out the specialist expertise held by armed forces personnel.

Currently, Morson Forces has in excess of 2,500 ex-military personnel working across a variety of client projects in the UK and overseas. Its placements of contractors and permanent staff have included mechanical, electrical and avionic roles with the Ministry of Defence (MOD), Royal Navy, Army and RAF.

Other notable projects include providing line maintenance and logistical support to Apache flying training at the Army Air Corps Centre, as well as on-aircraft and off-aircraft roles with RNAS Yeovilton, RAF Odiham and Wattisham Flying Station to deliver base and line maintenance for the Wildcat helicopter fleet, Wildcat training centre, Chinook helicopter fleet and the Apache fleet.

Jon Moon served for 15 years with Corps of the Royal Electrical and Mechanical Engineers (REME), before joining Morson in 2010 as a contracts manager. He explains: “My transition when leaving the Army wasn’t straight forward. I was injured whilst serving and this restricted what I could do. So after discussing my career options, I decided to leave in 1999.

“There were initial challenges working for a civilian company, one being the language, as I’d been so used to talking in military abbreviations and acronyms. Morson reassured me from day one not to be afraid to make decisions, which has allowed me to develop as a manager and given me more confidence in my role.

“Serving in the Army means I understand the skills that those working in the Forces possess and our greatest USP is having this first-hand military experience. We help candidates translate their expertise into their CV and work together to discuss the career paths that are relevant to them and their future ambitions, so we can create a solid match between the candidate and the client.”

Morson also possesses a Gold Award from the Employment Recognition Scheme (ERS), which is the MOD’s a recognition of a companies commitment to our armed forces and their transition into civilian life which in turn translates into tangible career opportunities. Our covenant is signed by Ged and commits Morson to support various topics inc: mil charities, reservists and spouses. The Gold award is recognition, at the highest level, of our support.

The Morson Group’s substantial focus towards charitable giving as a core business value, and a commitment to giving back to the communities within which it operates, sees its 2019 appointed charity partners include ABF The Soldiers’ Charity.

The company also appointed corporal Andy Reid as its first official ‘Morson Armed Forces Ambassador’ in 2018. Andy was injured by a Taliban IED while on patrol with the 3rd Battalion, The Yorkshire Regiment, in Afghanistan in 2009 and lost both legs and his right arm. Describing himself as ‘a survivor, not a victim’, Andy’s attitude has seen him become an inspirational motivational speaker and he works closely with the Morson Group to empower its workforce and strengthen the work it does in bridging the gap between the armed forces and ‘civvy street’.

Adrian Head, head of Morson Forces, explains: “Our success stems from a deep understanding of the armed forces and our ability to translate these skills for life into language and benefits that resonate with our clients.

“A number of our clients actively seek out ex-military staff due to their transferable skills, cultural values and ability to hit the ground running. Discipline, teamwork, calmness under process, agility, compliance and safety behaviours are all essential qualities in the military and are highly sought after by our clients. Combine this with Forces personnel working in some of the most challenging of environments, makes them an incredibly useful asset in business.

“Our goal is to establish Morson Forces as to ‘go-to’ partner for ex-military talent and we’re focused on expanding our footprint into alternative sectors where armed forces staff are currently underutilised. We would welcome the opportunity to replicate the standards and experience we’ve delivered within aerospace, defence and marine into other sectors.”

To support Forces candidates through their online recruitment journey, Morson has created a bespoke digital talent experience for ex-military personnel, through a dedicated microsite. Here, candidates can join the Morson Forces network to access tailored ‘Forces friendly’ jobs, specific career advice and learn from candidates who have successfully transitioned to civilian roles. Morson has also implemented the latest accessibility technology to help visitors who have disabilities, such as visual impairment, access the online content and enable a truly inclusive candidate journey.